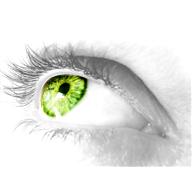 Life is great when you’re good-looking and popular…so long as no one knows you’re a vulatto. Being half-alien gets you labeled “loser” quicker than being a full vader. So it’s a good thing Devon, Lyle, and Lawrence can easily pass for human—until the night of the party. Nothing kills a good time faster than three brothers sharing a psychic vision of a fourth brother who’s off-world and going to die unless they do something. But when your brother’s emergency happens off-planet, calling 9-1-1 really isn’t an option.

In their attempt to save a brother they barely remember, Devon, Lyle and Lawrence expose themselves to mortal danger and inherit a destiny that killed the last four guys cursed with it. In 2022, there are humans and aliens, heroes and monsters, choices and prophecies—and four brothers with the power to choose what’s left when the gods decide they’re through playing games.